Flattening COVID Curves? Spotlight on Kenya and Beyond 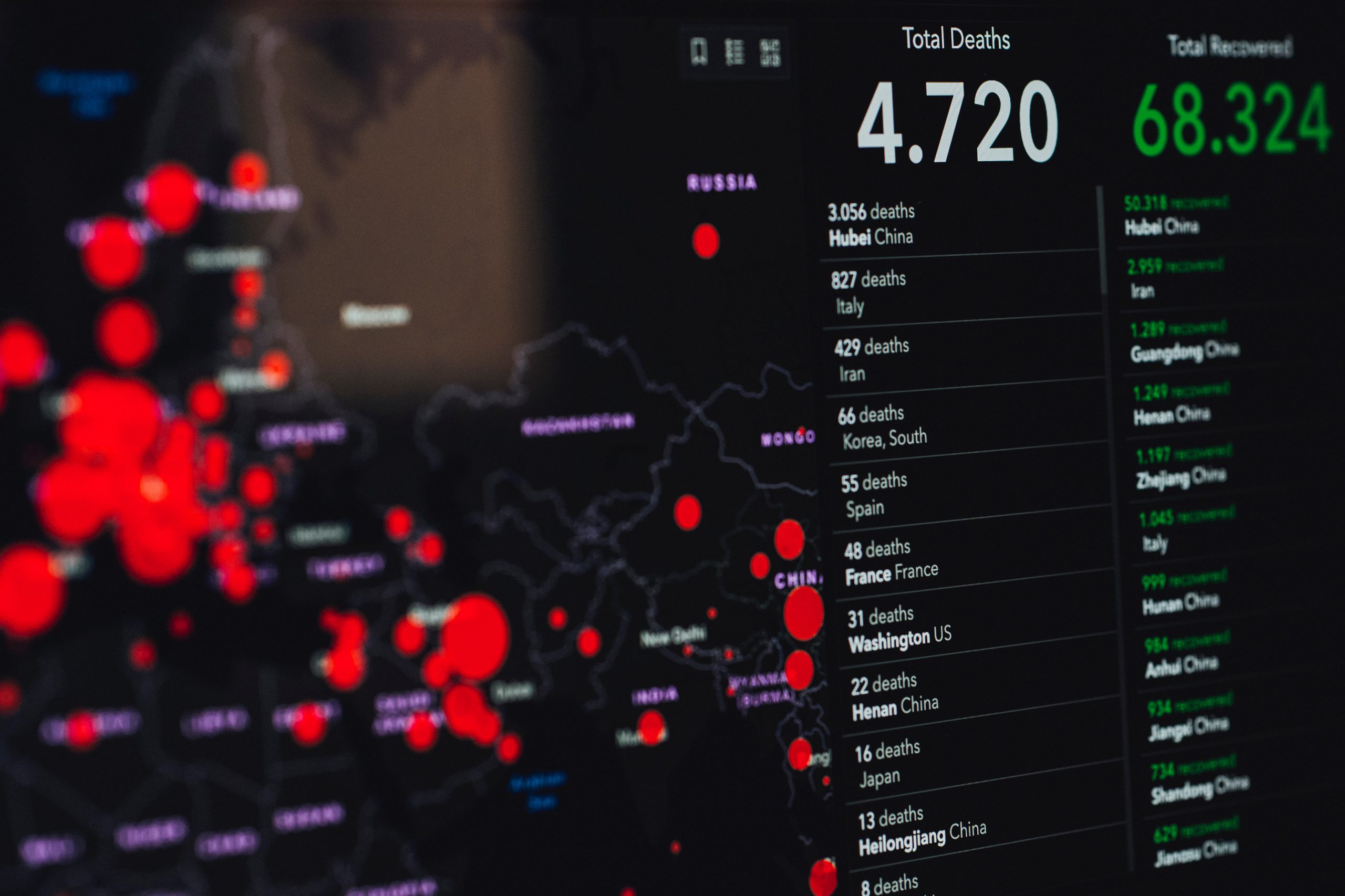 The penalty of waging linear wars against a wily, wavy warrior

Experiences with reopening around the world and repeat attacks have now confirmed that COVID-19 is an elusive and resurgent wave. The true nature and systemic effects of the novel disease are still under investigation. Advanced economies that reopened earlier have had to resort to occasional reclosures as the pandemic lives up to its wily and wavy attack mode. The pandemic adds to the century’s challenge of disease governance across geographies amidst evolving data and insights in the face of a new virus storing up secrets and surprises. Traditional, linear and reactionary responses have been challenged the world over. No country has been spared the push to improve healthcare systems and integrate digitalisation into education, governance, business and formal work routines.

The World Health Organization (WHO) has specified to countries a threshold of 5% COVID-19 infection rate, sustained for two weeks, before declaring any confidence in flattening the curve. In East Africa, Kenya has lately been on the spot for making a claim, though cautiously, to a flattening curve. In the absence of well-reasoned debates supported by transparent data trends and models, such claims can only invite offensive and defensive responses in equal measure. An immediate declaration of victory can only feed the demands of linear thinking, which cannot fully comprehend the non-linear dynamics of COVID-19. Because this modelling series has been keeping a keen eye on the COVID-19 trends globally and across different countries on various continents, including Kenya, it should add to the growing body of insights into Kenya’s supposedly flattening curve.

Emerging COVID-19 scenarios across the globe

On September 1, 2020, COVID-19 cases had topped 25.8 million globally. Africa had topped 1.25 million cases. The USA had topped 6 million cases as Brazil and India followed, each with more than 3.6 million cases. Kenya had confirmed 34,315 cases. The data-driven mathematical prediction model used since March in this series for estimation of confirmed COVID-19 cases had established that India, riding on the back of a high population and increasing mean testing rates, would eventually displace Brazil from the second position globally. The model estimated that India was likely to reach 4 million cases on September 5, 2020.

By September 1, 2020, the established trend was a gradual increase in recovery rates, averaging 70% globally, 79% in Africa, and 59% in Kenya. The case fatality rate in Kenya was still steady at 1.7%, at 2.4% in Africa, and 3.4% globally. The cases in Africa still remained within the model bandwidth of projections which estimated the cases to reach between 1.17 and 1.41 million on September 2, 2020. The same modelling procedure has simulated a declining COVID-19 curve for Russia, an optimistic scenario that should peak at 1.137 million cases on November 20, 2020 if the current trend maintains.

Assumptions underpin the basic rationale of any modelling exercise. The model used in this series assumes a continuation of the observed trend in country mean testing rates, calculated using a population-normalised index as a key variable in projecting future cases based on an observed regime of infection rates. The adopted infection or positivity rate is an average value observed over a period. By September 1, 2020, most African countries were still registering a normalised testing index of below 50 tests per million people per day except a few such as Mauritius, South Africa, Morocco, Rwanda, and Ghana. Israel, Russia, the USA, and many countries in Europe had sustained indices of 900 tests per million people per day and above.

Based on the experience gained from applying the models at various scales globally, in Africa and to individual country cases, updating the models every three to four weeks has been necessary to capture new trends in growth rates. These rates are influenced by several moderating and intervening variables such as community behaviour and changes in testing capacity, sampling efficiency, and positivity rates.

Given the established community transmission trends, a change in testing rates influences the number of cases significantly. The pervasive community transmission mode is further evidenced within the models in how the easing of movement restrictions across Kenya on July 6 led to a visible increase in the number of reported COVID-19 cases within two days. The reopening of international flights on August 1 was, however, not accompanied by any visible change in the trend of confirmed cases.

Kenya’s COVID-19 curve has shown a dominance of confirmed cases in the Nairobi Metropolitan Region, claiming three-quarters of the national tally over the forty-day period from July 22 to August 31 with Mombasa claiming a share of 3% over the same period. The other regions outside these key urban regions of Kenya had increased their share from single-digit percentages in July to 12% or more in August. Nakuru, Busia and Uasin Gishu have been leading in the increasing trend of COVID-19 cases in these outer regions.

For Kenya, the model used here predicted 39,050 cases on September 1, which went above the confirmed cases by 13.8%. This result can largely be explained by the decline of about 50% in Kenya’s daily tests since August 16, 2020.

There was observed a significant increase in Kenya’s normalised testing index by 10 for the period between the end of June and the end of July, and the same increase between the end of July and the end of August. Theoretically, this change in normalised testing index leads to a total increase of 15,000 over one month — after multiplying 10 by 50 (to reflect Kenya’s current population of about 50 million) and again by 30 for the days in a month. The actual end-month differences in cases for June/July came to 14,270 cases (i.e., 20,636 minus 6,366) and 13,565 cases for July/August (i.e., 34,201 minus 20,636). This observation shows that the total change in the testing index acts strongly with other factors to augment the confirmed cases over time.

The observed drastic shortfall in Kenya’s testing capacity is represented here by the difference between the September 1 closing index of 49.1 and the business-as-usual model expectation of 55.0, which comes to 5.9. Multiplying this factor by 50 and again by the number of days from August 16 to September 1 (16 days) gives a total drop of 4,720 from the trend before August 16, 2020. If the implication of the 15,000 increase in total testing index observed above were to be applied to this new figure of 4,720 for the August 16 — September 1 period, then it is arguable that the decline in testing rate would reduce the closing number of cases by 4,400. This would mean a figure of 38,715 cases on September 1, which is close to the model prediction of 39,050 cases on the same date.

Despite the uncertainties of the behaviour of the novel coronavirus and constraints on testing capacities, there is already a glimmer of hope across the world that the COVID-19 curve is gradually declining. There are exceptions to this rule because of structural, regional, cultural and demographic disparities, with India exemplifying a curve that is still determined to rise and possibly surpass Brazil not long after September 5, 2020. Adaptive management of the crisis informed by incessant research remains critical.

Data integrity is critical to reaching any concrete conclusions on a flattening curve, hence the effectiveness of testing and sampling. Otherwise, the flattening would remain apparent based on limited data only. Though Africa compares favourably with the global average in COVID-19 case fatality and recovery rates, African countries still lag far behind the rest of the world in the mean testing capacity as measured across the board using an all-time daily average normalised by country populations. There is, therefore, no room for laxity in caution, containment action, and generating key data for continuous monitoring of the pandemic.

The art of thinking and rethinking is at the core of long-term solutions to complex problems. “System as Cause Thinking or Endogenous Thinking” is a key principle of systems thinking which comes in handy at these times. It challenges leaders to interrogate to what extent they, as internal actors, are responsible for the vulnerabilities and exposure risks of their countries to the pandemic and similar shocks before blaming any external factors.

Kenya fittingly represents Africa’s case of community transmission trends that have had their established nuclei in the capital cities and metropolitan areas but are now opening new battlefronts in the countryside. The largely rural population share in Africa means that the progression of COVID-19 to rural areas should be a wake-up call to the local governments in these regions to escalate measures to contain the pandemic’s elusive and resurgent wave. Even more critical is the implication for a phased reopening of schools, with the majority of learners in rural areas deprived of space and key facilities for maintaining hygiene.

4. Revamping the health-geography interface in the post-pandemic 21st century

Emerging research areas such as geomedicine acknowledge the key geographical fact that where one lives determines one’s health outcomes. As early as 1854, mapping was a major part of the solution to containing the spread of cholera. Advances in computer-aided mapping and data analytics have created more opportunities for enhancing the health-geography interface using geomedical informatics, all obtainable from modern geospatial and sensor technologies.

Location-based intelligence acquired through sound spatial mapping and GIS technologies is needed more than ever for geographically representative sampling and spatial modelling. This crucial step will leverage decision support systems to deliver on the complete, dynamic and big picture of the key metrics and geodemographics required for effective disease governance in the post-pandemic 21st century. 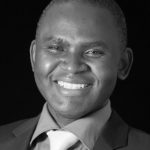