Decimating the Third COVID Wave: De-curving from the Red Zone

The pandemic’s wily and wavy warring style of strategic retreat and overwhelming ambush has now been confirmed the world over. The general equation of the COVID-19 curve has been sinusoidal with a period of about four months, implying that the June-July 2021 period is another season to watch closely for Kenya.

The recovery rates from the confirmed cases were 81% globally, 89% for Africa, and 72% for Kenya. For Kenya, this was a drastic reduction from the high recovery rate of 80% the country had registered a month earlier. Leading country examples had by March 25 sustained scores of less than 1% on their overall case fatality rate and more than 97% on their recovery rate. Israel is one such country, boasting a leading metric on the percentage of citizens vaccinated to boot.

The pandemic’s wily and wavy warring style of strategic retreat and overwhelming ambush has now been confirmed the world over. The general equation of the COVID-19 curve has been sinusoidal with a period of about four months, implying that the June-July 2021 period is another season to watch closely for Kenya.

The share of total confirmed COVID-19 cases classified as serious or critical cases has recently been constant at 0.1% in Kenya, in Africa, and globally. Kenya’s shares of active COVID-19 cases and of serious or critical cases have been rising of late. The country’s share of active cases has gone up from 24% on March 22, 26% on March 25, and 27% on March 26, 2021. The share of active cases in Africa over the same period has been 8%, below the global average of 17% over the same period.

Kenya’s almost 10% share of Africa’s active COVID-19 cases as of March 25, 2021 already confirms that the country has been punching above her population weight, which is 4% of Africa’s total population.

Since early 2020, this COVID-19 modelling series has been sharing insights into the scale and character of COVID-19 curves across the globe, Africa, and Kenya. For Kenya, which has been the focal point of this study, the model simulations have been richly instructive. As shown in the graph below, the results for the simulated red upper trajectory of the third wave in Kenya since February 26, 2021 have remained within 1.4% of the actual cases confirmed.

The trend, if unabated and assuming adequate testing, shows a convincing possibility of hitting about 137,000 cases in Kenya on March 31, 2021. Kenya has recently shifted from position nine to eight in Africa’s list of top country COVID-19 cases. The positivity rates have also been on the rise since February.

The tightening of containment measures in Kenya announced on March 26, 2021 is, therefore, well informed if only to avert the looming crisis. As the previous post in this IBD series put it: Depending on the level of strictness in adherence to the recommended COVID-19 containment measures from now onwards, the next one year could usher in a diary of despair or a tribute of triumph for Kenya.

The presidential announcement on revised and tighter COVID-19 containment measures for Kenya have been pegged on “medical and empirical evidence”. These interesting developments continue to reinforce the centrality of the science-policy interface to making sound governance decisions. Tiered containment by spatial zoning has also been a point of emphasis in this IBD study series. Kenya has shown the way in implementing the same through the presidential order issued on March 26, 2021.

As shown in the map below, the total county shares of the national tally of COVID-19 as of March 25, 2021 have been higher in the zones mapped in reddish hue: Nairobi (46.0%), Mombasa (7.8%), Kiambu (6.7%), Nakuru (5.0%), Kajiado (2.9%), Machakos (2.8%), and Uasin Gishu (2.8%). Except Mombasa and Uasin Gishu, all the other counties in this category have had a cessation of cross-border movement imposed on them effective from March 27, 2021 due to their high contribution to COVID-19 cases in the country and the latest surge in their positivity rates. The topological relationship of the five counties in terms of proximity and adjacency as the map shows, has also informed the ease of administering a homogeneous spatial zone. The data, however, shows that even Mombasa and Uasin Gishu do need to exercise extra caution going forward.

Appropriate timing, testing and tracing must continue to provide the data-driven intelligence decision makers need to contain the pandemic in Africa. Across Africa, population-normalised testing performance has to be improved to deliver on well-advised and timely containment action. As of March 25, 2021, Kenya’s performance on this metric had increased to 70 tests per million people per day from the erstwhile stagnant value of 67 over the previous months, lending credence to the compelling need for sustained testing and effective sampling to inform timely and strategic interventions.

Since Kenya (at 70 tests per million people per day as of March 25) and her neighbours in Eastern Africa except Rwanda presently score quite low on the population-normalised testing metric, typically less than 60, adequate testing must be achieved and sustained for success in the protracted fight against the resurgent pandemic. African countries that have stopped testing and reporting COVID-19 cases are not only limiting their own success in containing the disease, but Africa’s overall success in overcoming the borderless pandemic and by extension the entire world’s. In early 2020, Cameroon was among the countries showing early signs of a fast-rising COVID-19 curve but the limited and dwindling data on testing and daily updates have made it hard to evaluate the true performance.

The confirmed rise in COVID-19 cases in Kenya that has informed the re-tightening of containment measures by spatial zoning cannot be divorced from the abundance of the data generated from sustained testing. This is an example all countries in Africa should emulate as governments build public trust in the raft of containment measures taken, including vaccination.

Any cessation of routine and well-sampled testing or lack of data transparency cannot be entertained at this time the third COVID-19 wave is ravaging the planet. Training for a continuous supply of adequate human capital, once more, rises to the top as a key ingredient in disease and disaster governance. The critical role of healthcare personnel and experts, epidemiologists, geomedical informatists, researchers, and data scientists in containing the pandemic justifies an increased emphasis on training more of such personnel and facilitating their transdisciplinary approach to addressing the complex and interconnected problems facing humanity today. The future of research is heavily transdisciplinary; COVID-19 has only made it more clearly noticeable as such. 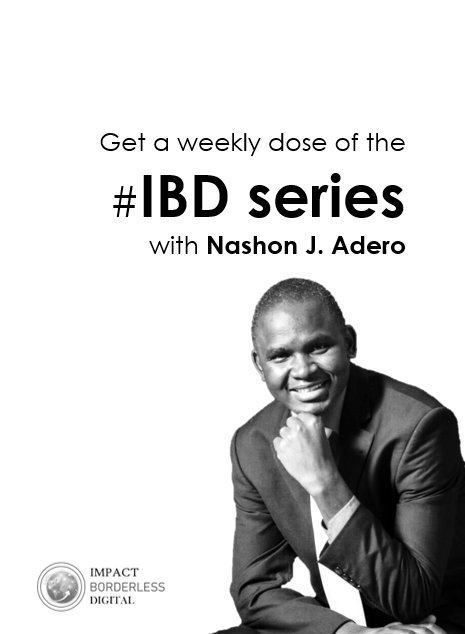 We wish our folks all the best during the Special month of Ramadan. Let's keep ... safe. Ramadan Mubarak!